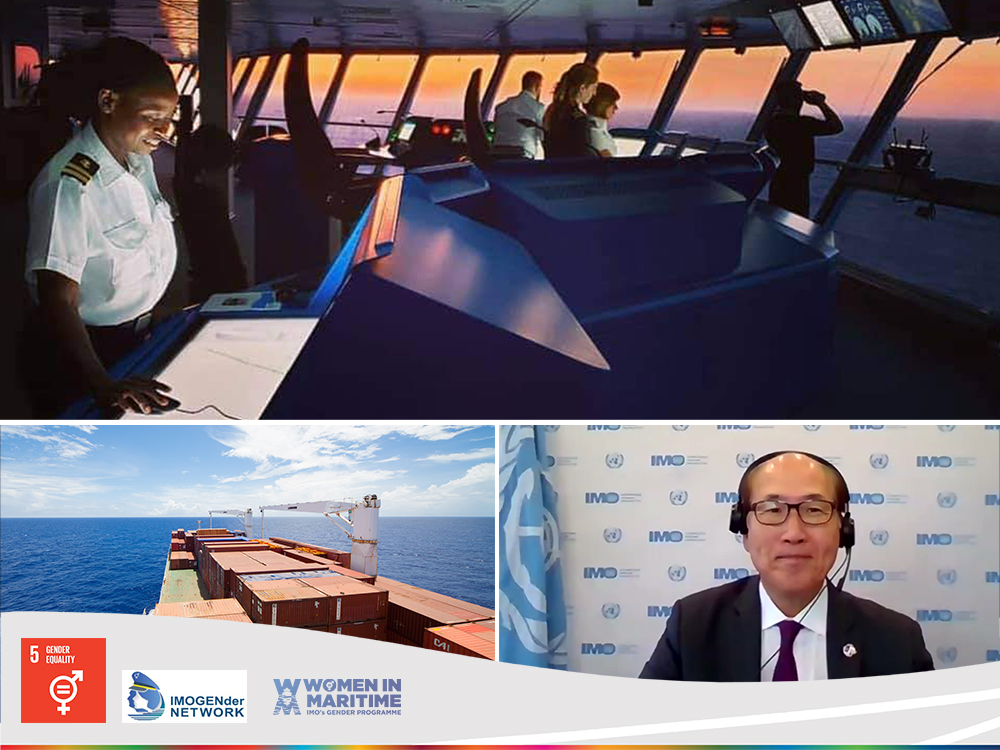 Discussions around the role of women in maritime took centre stage at the first webinar organized by IMO Member State delegates working to achieve gender equality in the maritime sector, better known as the IMO Gender Equality Network (IMOGEN*).

The event aimed to introduce the eight regional Women in Maritime Associations (WIMAs; see below) and provide a forum for them to network, access knowledge and share experiences and best practices. More than 200 participants including WIMA members, IMO delegates, maritime administration officers and other stakeholder joined the interactive session (23 September).

IMO Secretary General Kitack Lim, opening the event, said: “IMO’s long-standing women in maritime programme supports many initiatives to progress towards gender equality in the sector, including supporting the WIMAs. We know that these maritime networks provide great opportunities for networking and mentoring”.

During the webinar, representatives from each of the WIMAs gave a brief presentation of their network and a description of their work that they do to encourage visibility of women and ensure their access to maritime training and employment opportunities.

The WIMA representatives highlighted the fact that although the maritime industry has made progress towards its aim of gender diversity and greater inclusion of women in the sector, there is still much ground to be covered. Particular challenges highlighted include the scant presence of women in high responsibility positions, the lack of affordable training and difficulties in gathering specific data about women in the sector. Success stories of collaborations with the maritime administrations and the private sector were also shared.

Speaker H.E. Josefa González Blanco, Ambassador Extraordinary and Plenipotentiary of Mexico to the United Kingdom, emphasised the benefits of sharing information on the contributions of women and highlighted the remaining barriers that women face in the maritime sector.

*IMOGEN is formed by a group of delegates from IMO Member States committed to advancing gender equality in the maritime sector and achieving the objectives of IMO Assembly Resolution A.1147(31) ‘Preserving the Legacy of the World Maritime Theme for 2019 and Achieving a Barrier-Free Working Environment for Women in the Maritime Sector’.

The 8 regional WIMAs are:

Container ship owners see boom lasting through 2022
29 octubre, 2021
Share This
AskISES
Do you need help?
If you have any questions about the Marine Engineering Industry or have a specific requirement, please click here and the ISES Secretariat will respond soonest.