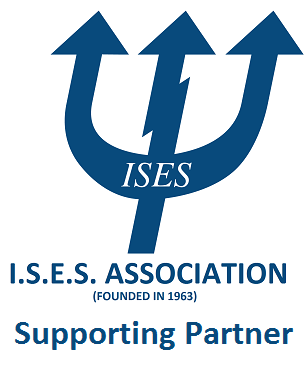 Internet of Things (IoT) sensors and data analysis can help operators to make their fleet connected, more efficient and cheaper to run. In the past decade, as technology has matured, the adoption of IoT capabilities and applications within the maritime and aviation industries has been growing. IoT has the capability to transform these industries, as it allows operators to make their fleet more fuel efficient, incorporate predictive maintenance and guarantee crew and passenger safety and welfare.

However, implementing these capabilities into two industries that are somewhat conservative due to the nature of their business, can be challenging – especially if your goals is to connect an entire existing or new fleet connected through IoT.

A key challenge within both industries is the need for standardisation and regulation of the integration of new soft- and hardware. Upgrading a fleet needs to be approved by all parties involved to ensure its safety for future voyages: the ship or aircraft operator, owner, system integrator, system supplier and regulatory bodies. Without a lack of standards and regulations, organisations put in place their own systems, which do not always comply with all parties or do not allow the vessel or aircraft owners to extract data from all systems and let all systems communicate with one another – adding more complexity to a process that should be all about efficiency. A few initiatives have been put together towards a more standardised approach, including ISO 19848, however these appears to not be adopted in the same way by all players in the market.

Another challenge is the physical integration of such sensors within existing vessels and aircraft. While recent aircraft, such as the Boeing 787 and Airbus A350 are connected airplanes, it is costly to install cabling systems for IoT sensors and networks. Within vessels, there is the added difficulty of often being within a Faraday cage-like structure. Receiving certification for upgrades is often lengthy and costly and is not only a challenge with upgrades for IoT sensors but also new connectivity terminals.

Once IoT is successfully integrated however, fleet operators and its data analysts will need to ensure that the data gathered by the onboard sensors is analysed in such a way that it creates action points that allow the operator to become more efficient. Currently, the data is often generated by different systems, generating data in its own formats and quantities. In many cases, systems are unable to communicate between one another, making it difficult to make sense of what has been gathered and how the data of each system relates to one another.

A final hurdle surrounding IoT capabilities onboard vessels and aircraft is data security – as fleets become connected, added layers of security are required in order to avoid major attacks or hacks of aircraft and vessels.

The upcoming Onboard Connectivity Summit brings together experts on the topics of IoT, standards, technology integration, data analysis and cyber security to help move to aviation and maritime industries forward in onboard IoT capabilities. Book your delegate pass today to secure your seat at the show!

Invitation to SMM Exhibition – Hamburg (6th to 9th of Sept 2022)
23 agosto, 2022
Share This
AskISES
Do you need help?
If you have any questions about the Marine Engineering Industry or have a specific requirement, please click here and the ISES Secretariat will respond soonest.